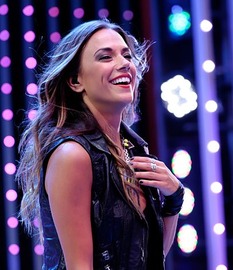 Jana Rae Kramer is an American country music singer and actress. She is known for her role as Alex Dupre on the television series One Tree Hill. Kramer began... Wikipedia