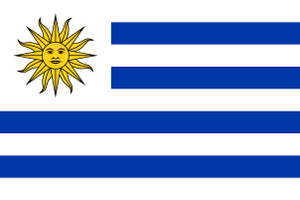 Uruguay, officially the Oriental Republic of Uruguay, is a country in South America. It shares borders with Argentina to its west and southwest and Brazil to its north and... Wikipedia